Why did Luna crash?

Luna’s collapse is one of the many downfalls that the cryptocurrency market has recently faced. The market is not the same as it was even 24 hours back. Bitcoin saw a downfall no one had ever dreamt of. Once upon a time, investors deemed cryptocurrency a safe investment option. Now, the same investors are moving away from it. They are moving towards less risky investments in the face of global inflation. TerraUsd (UST) is a stablecoin attached to the US dollar. Stablecoins are cryptocurrencies that are related to traditional ones. And Luna is linked to TerraUSD. A few days back, UST severed from the dollar. This sent UST’s price plunging down the well. Luna used to value $40bn, and now it is merely $200m. Because of this, Binance, the leading crypto exchange, suspended withdrawals on it temporarily on Wednesday. Luna crashed due to its link to terraUSD (UST). When terraUSD (UST) went down, it dragged Luna along. TerraUSD is tightly coupled to Anchor Protocol. It was essentially a savings account for the currency that paid a 20% interest rate. This made holding TerraUSD a very popular investment. It appeared to guarantee very solid returns. However, Anchor revealed that they’d be replacing the 20% rate with a much less generous rate. Anchor disclosed this plan in March. This promoted many holders to sell their TerraUSD and Luna coins. Because of this, the formula that guaranteed stable rates stopped functioning, and the market crashed.

The chart of ups and downs

Luna is categorized as an Application token under CoinDesk’s Digital Asset Classification Standard (DACS). The current cryptocurrency market is what hyperinflation looks like. On Thursday, Luna’s value touched $0.02 from $6.75. Investors are now questioning if the currency will ever recover. In the past 7 days, Terra has fallen by 100%. The current price is $0.0002 per LUNA. The total supply of LUNA went from about 725 million tokens on May 5 to about 7 trillion on May 13. It lost 99.9% of its value. 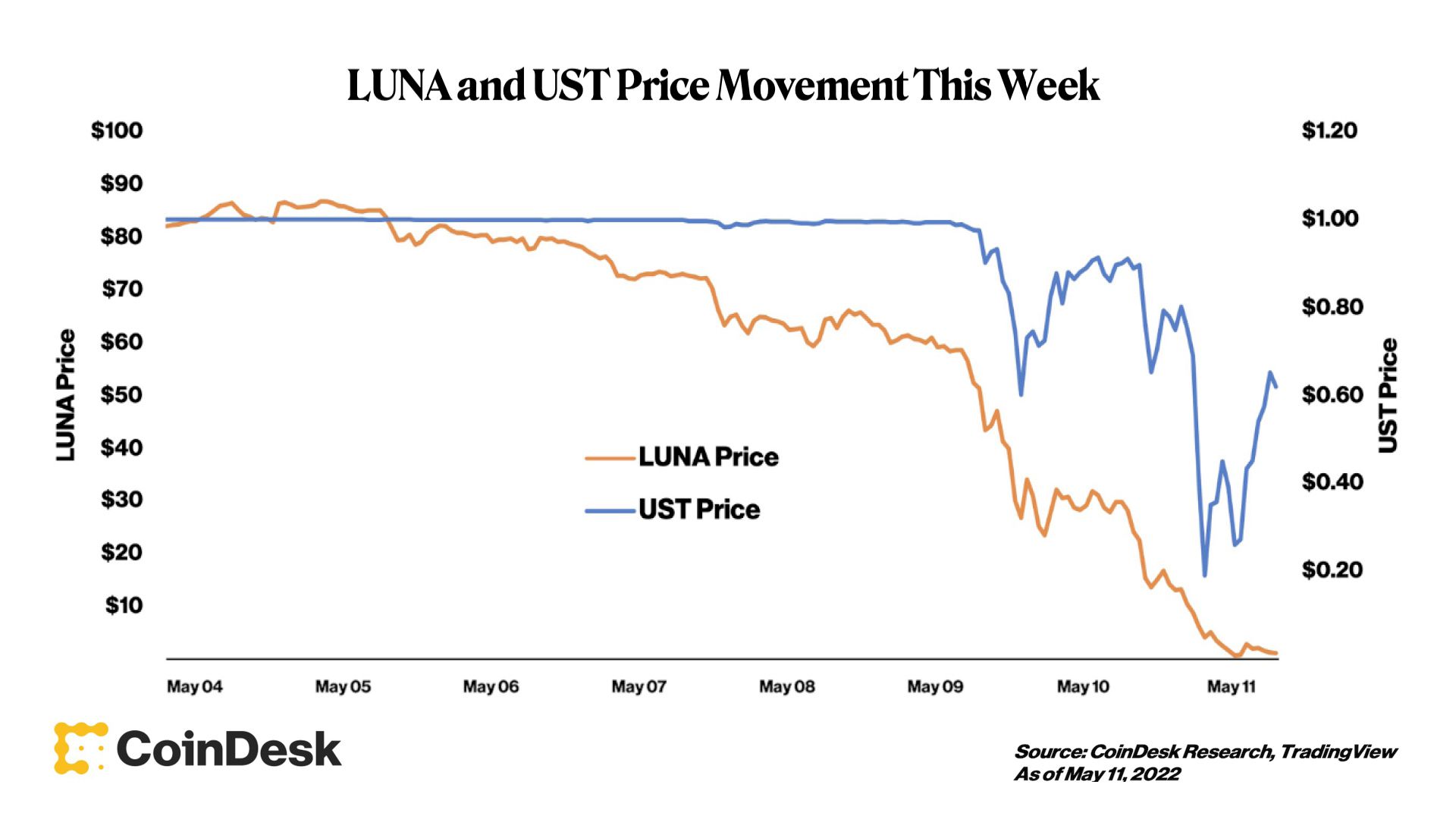 The entire crypto market felt every thunder of this downpour very deeply. Many people lost millions in investments and savings. In the last six months, bitcoin has dropped more than 50%. Once a bully, crypto investors are now panicking. Many have pumped the brakes, while many have crashed. The scene is so bad that few are embracing death rather than facing the outcome of this ride. Reddit on Thursday began offering support and resources to crypto holders. People were discussing suicide in its forums. “Do not be alone; this shit is getting serious,” a person wrote.

Stakes in Coinbase, the largest crypto trade in the US, sank far more than what analysts had anticipated. The news has raised queries if the market has reached an expected cooling-off period, many calling it “crypto winter” or a more permanent freeze, maybe a “crypto ice age.”

How will Luna recover?

LUNA can recover. There is still hope for the coin to get its former glory, if not more, back, analysts believe. The same goes for Bitcoin as well. Reports say that large amounts of LUNA need to be burnt. The supply from the 6.5 trillion today needs to be brought back to somewhere near the 350 million it was before the crash. If the Terra is not burnt, it cannot reach its former glory of $100. It’ll be mathematically impossible to bring it to even $1.

At a LUNA price of $1 per coin, with a 6.5 trillion supply, the market capitalization of LUNA would be $6.5 trillion. It will be double the value of all cryptos at that all-time high. Bitcoin’s market cap today is around $570 billion. The LUNA market cap would even flip Bitcoin before the LUNA price reached $0.09. LUNA would flip Ethereum, also unlikely as so much of DeFi runs on ETH, at around $0.04.

Edul Patel, Co-Founder and CEO of Mudrex, said, “Terra has been on a back-breaking fall, and it would need a good amount of time to recover.” According to Malviya, “Investors who bought above 1$ should forget about this position.”

Dubbed as one of the biggest cryptos crashes ever, seeing Luna drop over 99.9% and UST lose its peg, here’s a look at the Luna recovery plan proposed by Kwon. A new Luna with a supply of 1 billion will be distributed.

Initially, Do Kwon had proposed a LUNA recovery plan that prioritized absorbing the UST supply. People are now anticipating what Bitcoin will do. The current plan focuses on saving the Layer-1 instead. Mirroring the Luna Go Forward proposal by the TerraBuilderAlliance, it offers a significant shakeup that includes rolling Luna back through a hard fork before the crash. This new plan will form a new Luna and leave behind Luna Classic (LUNC). This is a suggestion and may never pass. A vote was set to happen yesterday, May 18. If the community agrees, the new network will launch on May 27. “The Terra ecosystem and its community are worth preserving,” said Do Kwon. 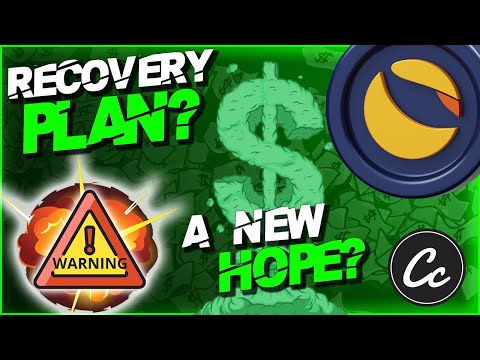 This moment mirrors several original Ethereum hard fork elements. His now-finalized proposal would fork Terra into a new chain without UST or algorithmic stablecoin elements. This would be called Terra, while the original chain would be Terra Classic (alongside LUNC).

On Thursday, Terraform Labs, the team behind the Terra ecosystem, outlined three emergency measures to save LUNA and its native stablecoin UST from collapse. The three measures include:-

At present, there is a general downturn in the field of the cryptocurrency market. Many coins have lost a quarter of their value. This is because investors are moving toward safer investments. The coin has the potential to recuperate, but there is much uncertainty in the market.